This Philanthropic Startup Is Changing Charity in Durango and Beyond

Suzanne Hartley and her family were living on a shoestring budget. A former Peace Corps volunteer, Hartley was no stranger to roughing it, but the challenges presented by the COVID-19 pandemic were stacking up: Their new trailer had to be winterized, homeschool supplies purchased, warm layers for their first winter in the mountains acquired. When Hartley learned about AidtoAll, an emergency-assistance nonprofit organization based in Durango, she applied immediately.

A few weeks later, $1,200 on a preloaded MasterCard arrived in her mailbox. 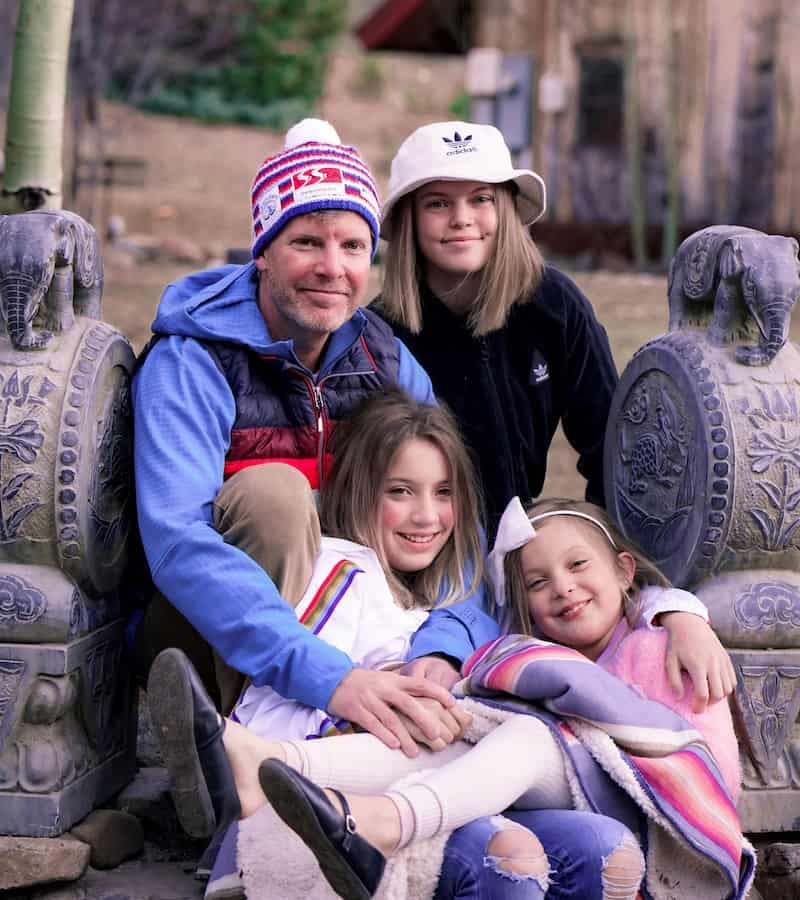 AidtoAll is a philanthropic startup from Mercury Payment Systems co-founder and former Worldpay executive Matt Taylor. The 501(c)3 charity provides fast, direct funding to people experiencing financial hardship caused by the pandemic. It’s a simple premise. Those who have the financial resources to give, can donate online. Those who need help can apply for immediate disaster relief.

“In terms of an efficient transaction, it’s the equivalent of giving $25 to your neighbor,” Taylor explained.

As the pandemic unfolded, Taylor watched the sudden and devastating toll it was taking on the Durango community. Amid the crisis, he saw a clear need for a secure, trustworthy solution for local giving. Taylor reached out to his personal network at Worldpay and beyond, and soon gathered an army of volunteers ready to build AidtoAll.

“This was moonshot after moonshot,” Taylor said, adding that building AidtoAll was “the hardest thing I’ve ever done by a country mile.”

In August, AidtoAll was launched as a pilot program in La Plata County. Since then, it has raised over $105,000 and awarded funds to 34 local families. AidtoAll has also partnered with Compañeros, a resource center for immigrants in the Four Corners, to assist the local underserved population.

Unlike other platforms, AidtoAll does not charge a donation service fee. One-hundred percent of donations go directly to recipients. A volunteer committee reviews applications and awards funding based on a series of questions addressing income, hardship, and need.

Seventy people, mostly in the Durango area, donated in August, including Bill Carver, owner of Carver Brewing Company. He said that Taylor’s history in the area and vision for AidtoAll inspired him to donate.

“It’s so scalable,” Carver said. “It’s got people helping people, but it also has the analytics that can attract a bigger audience.”

The AidtoAll platform provides detailed metrics on how funding recipients spend their money. According to Taylor, 87 percent of transactions have been used for basic needs. He believes the platform’s metrics will lead to greater transparency and trust for potential donors. Eventually, AidtoAll will be able to restrict certain types of spending, further ensuring that recipients use the funds as intended.

Based on the success of the pilot program, AidtoAll has expanded its operations. In early October, the organization partnered with La Plata County and Local First to serve as the application platform for La Plata Cares, a local grant program developed to distribute CARES Act funding. AidtoAll will also launch a crowdfunding option for small businesses this fall, enabling donors to support local business owners through charitable giving.

For the long term, Taylor says he’s working with other states to launch AidtoAll in communities deeply affected by the pandemic. Eventually, the nonprofit could be deployed in response to other crises.

“I want to activate philanthropy,” Taylor said. “And do it in a manner that can be fast, so that we can make the most impact.”

For recipients like Suzanne Hartley, the impact couldn’t have come at a better time.

“This program has helped me to feel like I’m not just swimming upstream,” she said. “It’s the helping hand when you need it.”

Proud GOLD sponsors of Parade of Homes! It starts

Repost from @reynolds_ash_and_associates • We ar

Repost from @fortlewiscollege • We’re taking a

THANK YOU FOR THE TAG @warpony.wilderness • Red

Repost from @crows.closet • Made for biking… a

Thank you for the tag.... Repost from @overendpho

Beautiful hike today! We didn't go for a swim but

Repost from @silvertonsingletrack • Are you keep

Repost from @staythetrail • As temps begin to fa

THANK YOU FOR SUPPORTING LOCAL! Repost from @color

Repost from @skipurg • Things are heating up thi