Branding: A Living Relic of the Old West 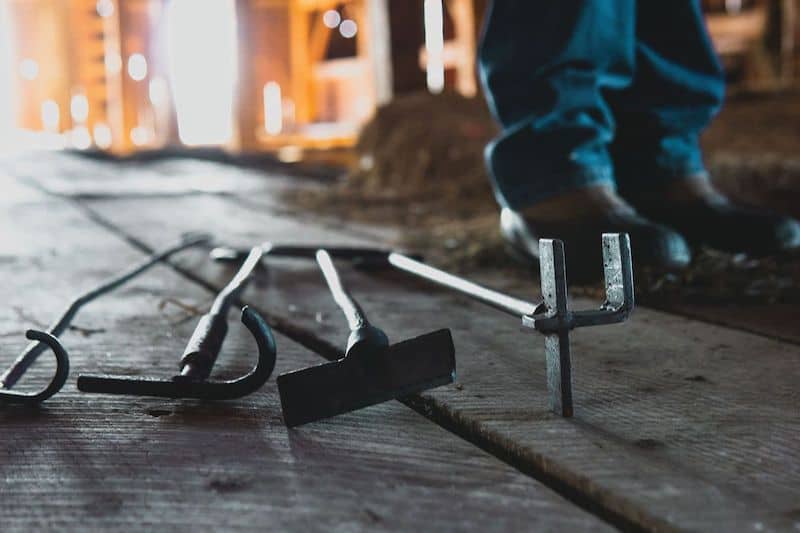 Branding: A living relic of the Old West

A popular saying has it that “good fences make good neighbors.” A similar rancher’s credo: “Trust everyone, but brand your calves.” In other words, marking your animals, just like establishing boundaries, heads off potential disputes.

There are many reasons to brand cattle, but a common refrain in the industry is that it puts a “return address” on your cow. No matter how secure the fence, says Tom Compton, a rancher in the Breen area, cows inevitably escape impoundment. The brand mark almost guarantees their return. 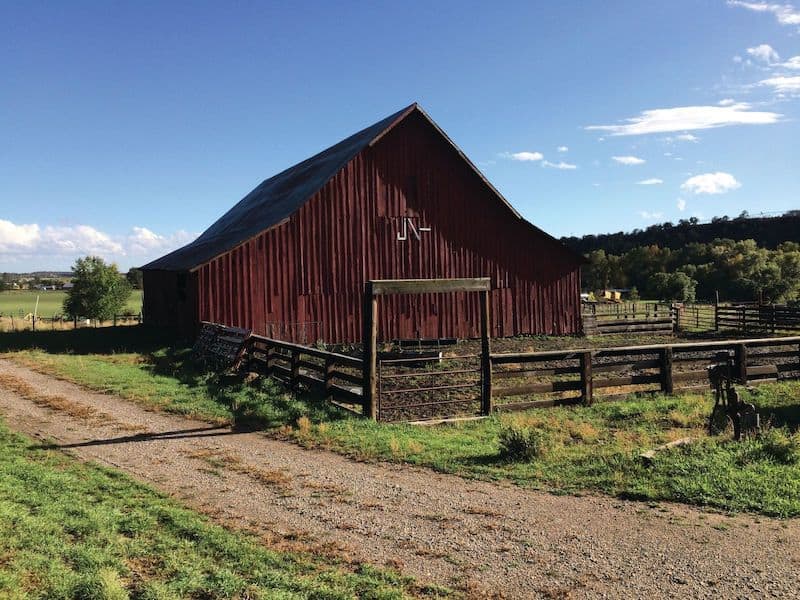 Animals have been branded for thousands of years, at least since the great Egyptian civilizations. This old tradition continued across Europe to America and thus Colorado, which began monitoring brands back in 1865, while still a territory. The Colorado Brand Board became a state-run agency in 1903. Today’s Brand Inspection Division, which falls under the state’s Department of Agriculture, is fully funded by fees ranchers dole out—no tax dollars needed. At the main division offices in Broomfield, you’ll find an impressive, still-used showpiece relic: a 3-foot-high cylindrical card catalog, like a giant Rolodex, that holds records of brands dating to 1899. It contains 30,000-plus active registered brands.

Cattle go missing frequently, and periodically they’re stolen. The “Old West” is perhaps ancient history, but “the cattle-rustling days are not long gone,” says Chris Whitney, Colorado Brand commissioner. Like with any other commodity, thievery is more of a problem when cattle prices are high.

Wayne and Terry Jefferies operate a cattle ranch along the Florida River, a spread originally purchased in the 1970s by Wayne’s parents, Ned and Barb Jefferies. (Ned, a well-known rancher and Realtor, passed away in 2019 at age 83.) The Jefferies’ J \ – (J-slash-bar) cattle brand has been in the family since the 1950s, and their Bar-40 brand, used for both horses and cattle, was registered by Wayne’s grandmother’s side, the Wommers, way back in November 1924. Frank and Jessie Wommer homesteaded the upper Pine River Valley in the late 1800s.

Those seeking brand literacy need to know that brands are read left-to-right, up-to-down, and out-to-in, the Jefferies’ explained. So an “A” with a square around it is “Square A.” How to read them on paper is a skill on its own. Letters can be “lazy” if they’re lying horizontally (< is a “lazy V”), “running” if they have feet, “rocking” if there’s a quarter-circle underneath, or “flying” if wings are added. 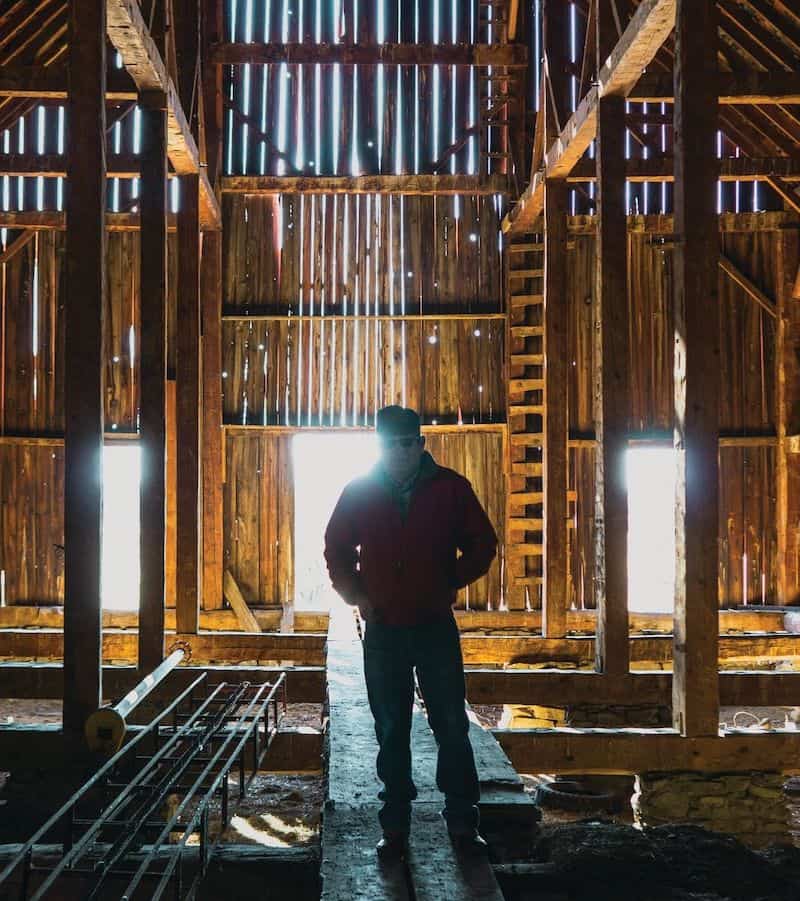 For a lesson on the intricacies of reading brands on an animal, you might consult one of the 60-plus state brand inspectors. Reading a brand on a cow is an art form, Whitney says. First you have to find it. That’s tricky because not everyone brands the same spot. Also, cattle get hairy in the winter, and brands become obscured. Second, you have to read it. The legibility varies, either due to the skill of the brander or the complications that arise when branding—squirming calves or an iron that cools too quickly, for example.

Chad Moore, who lives near Bayfield, is the Brand Inspection Division supervisor for the Southwest area, which includes the Alamosa, Durango, and Cortez districts. He oversees two other full-timers and five part-timers who inspect brands when cattle are transported more than 75 miles, leave the state, or change ownership.

New technology hasn’t replaced branding, and it is still the ranchers’ most cost-effective method of marking cattle. But the big Rolodex is now backed up by a digital system for registration and fee collecting. In the last couple of years, inspectors have begun carrying computer tablets and printers in their pickups, and Moore says he can now print registrations and receipts on the spot. The state office gets information immediately. Moore chuckles about cowhands having to make the digital transition and acknowledges, “It was a pretty sore subject for most of us. But the job we do is essentially the same.”

Branding is performed on calves in the spring before they’re turned out to pasture. Although brands are not required in Colorado (they are in New Mexico), about 90 percent of ranchers use them, Whitney says. The Brand Inspection Division keeps track of horses, too. About 50 percent of the state’s horsemen brand, he says.

There’s sentimental value to a brand, many of which are family heirlooms. But there is a monetary value as well. Classified ads in The Fence Post, the statewide agricultural publication, reveal a large market. The simple brands are taken, and coveted, Whitney says. Some sell for $500 or so, but Fence Post classifieds show brands are being sold for as much as $30,000.

When Compton, a fifth-generation rancher, moved with his wife Penni to Breen, they decided it was easier to find a brand for sale than go through the involved process of creating one and registering it. They purchased a brand with an upside-down “T” for son Ted and “L” for daughter LeeAnn. 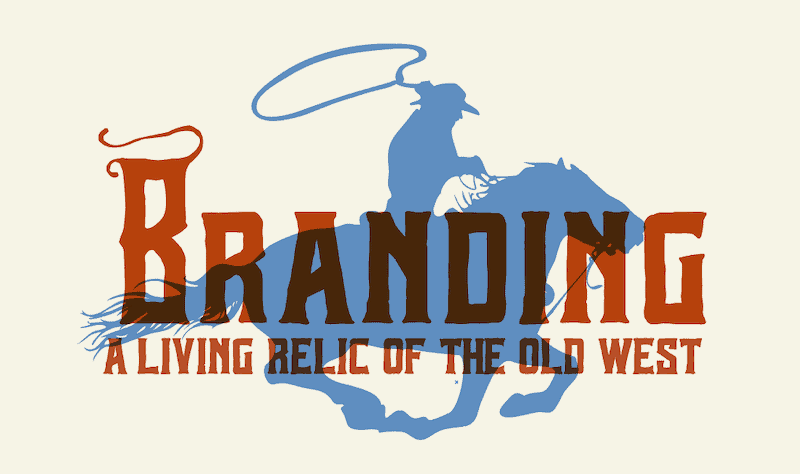 Davin Montoya, who runs Black Angus in the Hesperus area with his wife, Theresa, uses a brand that originated with his great-great-grandfather in New Mexico, probably around 1900. When he registered the brand in Colorado, Montoya added a quarter-circle in front of the original “double-h” design.

Whatever the market value might be, the emotional, historic, and practical value tends to be greater. Montoya says simply about his fifth-generation brand, “It’s not for sale.”