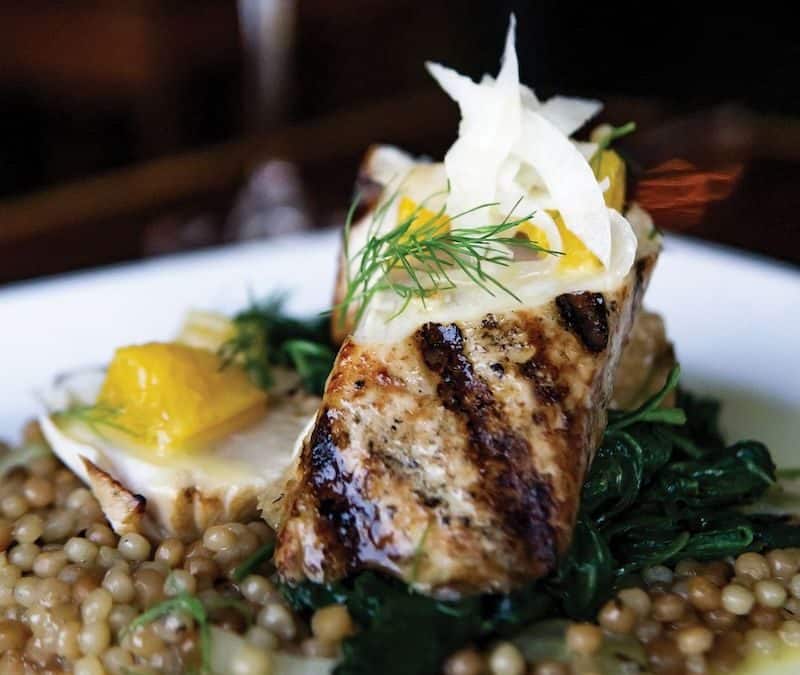 It’s a little before five o’clock in downtown Durango, and Main Avenue is in the middle of its nightly transition. Offices are beginning to close, and as the lights go dark in banks and municipal buildings, Durango’s many restaurants begin to stir.  Aromas start wafting out onto the street, sending tourists and locals scurrying back to hotels and houses to get ready for dinners that will soon be served.

For locals, it is normal; but nobody blames the uninitiated for the way they hold their heads crookedly and stare in confusion. Admittedly, it’s a bit of an odd site. The large group of people gathered at 919 Main Avenue looks out of place for this time of day. Upon closer examination, the growing crowd on the sidewalk outside Eolus Bar and Dining is an unlikely mix that doesn’t look like they should be together. College students from Fort Lewis wearing old hoodies and jeans stand and chat with bankers in blazers. Next to them is a group of mountain bikers, their identities betrayed by the smiles of downhill exhilaration still stuck on their sunburned faces. All of them are buzzing in anticipation like concertgoers waiting outside a venue. The clock strikes five, the doors open, and this eclectic cross-section of Durango streams into the restaurant. 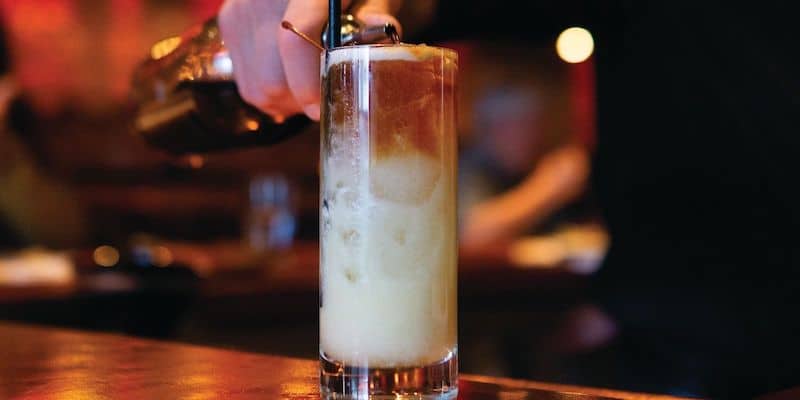 This is happy hour at Eolus, an establishment with menu offerings as expensive as any in Durango, yet everyone in town can afford to eat here. The tables fill with patrons seeking the restaurant’s famously delicious burgers, steamed buns, and sushi rolls. All are made with the same fresh ingredients and attention to detail that goes into every one of the establishment’s dishes.

“It’s a nod to Durango being a mountain town with an après vibe, and it’s great to have that connection for the locals,” says co-owner and head chef Chris Crowl. “It’s locals taking cares of locals – and a good way to get the first-time customer to come in.” 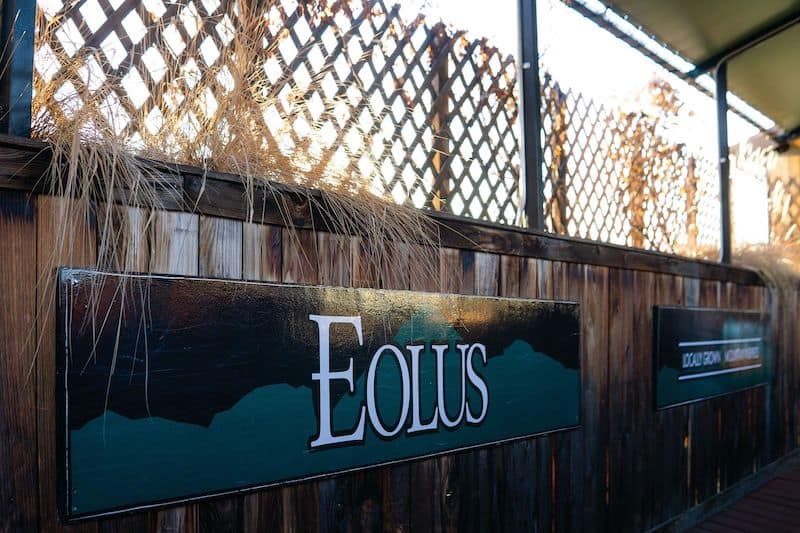 James Allred, general manager and co-owner, adds: “The customers who are with us for happy hour receive the same level of service that a couple dining with us for their 50th wedding anniversary and ordering surf and turf would.”

Happy hour ends at six every night, well before most of the people who will visit the restaurant on a given evening have arrived; but it is core to what Eolus is: a local establishment owned by two locals who have a passion for giving their community a place to eat great food while making memories. 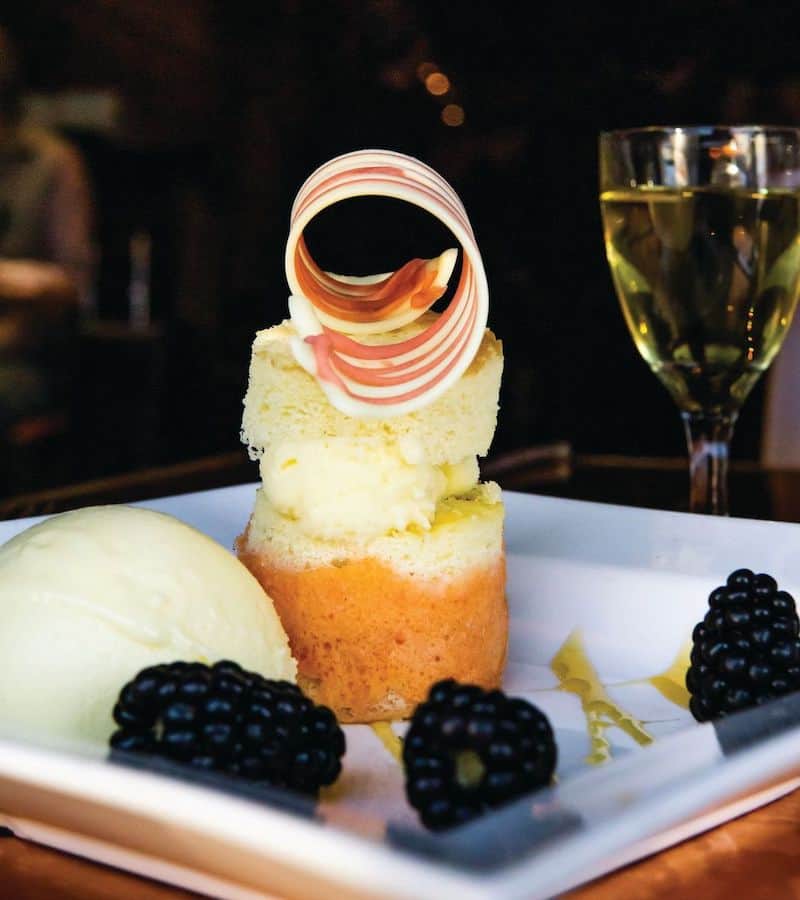 Eolus exudes a warm energy, everywhere you look. The air is filled with conversation among strangers and friends at the bar. The tables are surrounded by smiling guests savoring every bite of their dish. The upstairs patio is full of laughter and delicious smells as patrons watch the sun go down over the La Plata Mountains while enjoying a selection from the award-winning wine list. The patio is also available for rent, and has become a favorite for business functions, wedding parties, and other celebrations.

It is easy to see why Crowl and Allred describe the energy at Eolus as “magical.” They credit the local community for creating it. “We are super appreciative of the locals for supporting us ever since our soft opening.”

The owners do everything they can to give support back to the town that supports them. They smile when they talk about the delicious turkeys they cook and bring into the school district for Thanksgiving lunch, and their commitment to community extends all the way to the menu. “We were trying to figure out what this place was going to become when we took it over, and eventually we came to ‘Locally grown, mountain inspired.’ The big thing that really surprised me when I moved here was all the great local producers, and we’ve been fortunate to have long relationships with the local farmers,” says Crowl, a Durango local of nearly 20 years.

“Eolus” is the Greek god of wind, and the restaurant shares its name with Mount Eolus, the tallest of the three 14,000-foot peaks in Chicago Basin. The basin is the most frequented area in the Weminuche Wilderness, and visiting it is seen as an essential San Juan experience for Durango locals and tourists alike.

Eolus has earned a reputation similar to that of its namesake. Ironically, endearing themselves to the Durango community has made Eolus extremely popular with the town’s visitors, who often find out about the restaurant by asking a local clerk or bellhop for a dinner recommendation. 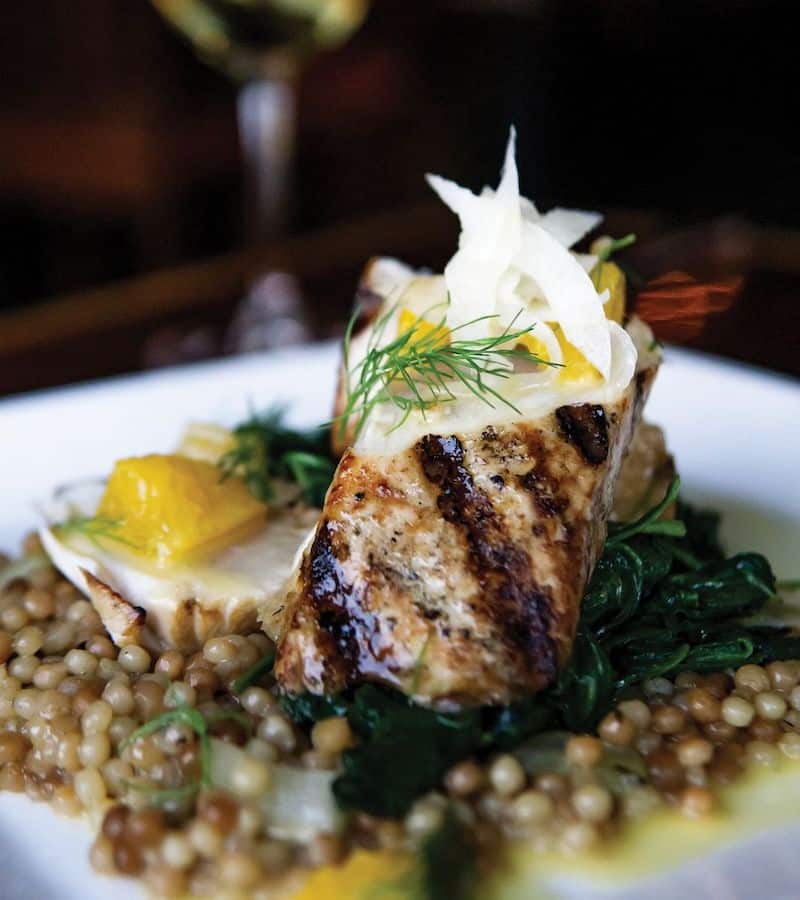 Often, they will see the same party two nights in a row. “The real tell for us is the people who are visiting Durango and dine with us more than once when they’re only here for a few nights. If you’re visiting a place and trying to get a feel for it, and choose to come back and spend your time with us, that’s a real honor and also a great responsibility.”

It would be easy to wax poetic about all of the delicious choices Eolus has to offer, but it would take 500 words on each item to paint an accurate picture. The same could be said for the eclectic wine list and the 250 bottles of wine it features. Eolus has won the prestigious Award of Excellence from Wine Spectator every year they’ve been open.

So instead of poetic descriptions, just trust that the crowd out front knows what it’s waiting for, and it must be worth the wait.

Our own little alpenglow 🏔 #durangomagazine #d

How our neighborhood plows the roads ❄️ #dura