Extra Day in Durango? Visit One of Colorado’s Most Iconic College Campuses! 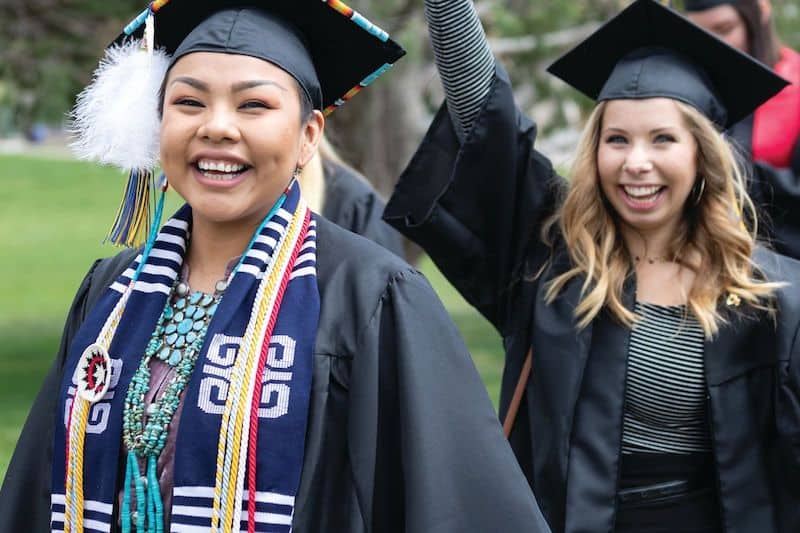 Extra Day in Durango? Visit One of Colorado’s Most Iconic College Campuses!

On the grandstand of an evergreen mesa above the town of Durango, Fort Lewis College makes a soul-stirring first impression. Built on the homelands of the Southern Ute Indian Tribe, the campus features a bird’s-eye view of the mighty San Juan Mountains and the free-flowing Animas River carving through the valley below. Singletrack trails run like veins from campus into the community and out into the wild. On any given day, the clocktower chimes, deer graze, and the seasons present a rotating backdrop of white snow, quaking aspens, and a classic Colorado blue sky.

The name “Fort Lewis” is derived from a U.S. Army post established in Pagosa Springs in 1878. Fort Lewis relocated to Hesperus in 1880 for another decade before it was decommissioned. At that time, Fort Lewis’s 6,000 acres were deeded to the State of Colorado in a treaty agreement stating that the land “shall be held and maintained by the State of Colorado to be maintained as an institution of learning to which Indian students will be admitted free of tuition” in perpetuity (Act of 61st Congress, 1911).

Fort Lewis operated as an Indian boarding school until 1910, when it transitioned into a high school open to students from around the area. In the 1930s, Fort Lewis High School expanded into a two-year college and, in 1948, evolved into an agricultural and mechanical college called Fort Lewis A&M. After its move in 1956 to Durango, it became a four-year institution, awarding its first baccalaureate degrees in 1964, the same year it dropped the “A&M” moniker and became Fort Lewis College.

Building on this rich history, FLC has evolved into an institution that embraces diversity, equity, and inclusion, as illustrated by more than half the student body identifying as students of color. In large part due to FLC positioned as one of only two public four-year colleges in the United States to grant a tuition-free education to members of federally recognized tribes and nations, Native American students make up more than a third of the student population. These students come from more than 170 American Indian tribes and Native Alaskan villages, emanating a unique spirit on campus and introducing a vast array of remarkable heritages central to the heart of FLC.

These days, learning at 6,872 feet above sea level happens as much out of the classroom as it does within. Flanked by southwest Colorado’s access to canyons and high places, studies are pulled beyond books into more than 2.3 million acres of public lands. These natural laboratories help shape FLC’s dynamic academic programs, with curriculum woven into field trips, lab work, undergraduate research, and service-learning opportunities that are usually only available in graduate school.

Some of FLC’s most popular majors, like adventure education, environmental studies, biology, and geology, are built around these place-based assets. Other degrees, such as business administration, engineering, teacher education, and the health sciences, expose students to real-world experience through internships and employment with local businesses, clinics, schools, nonprofits, and Native American communities.

To meet the demands of the local job market, FLC offers a practical education fostered by a liberal-arts perspective and interdisciplinary course study. Students graduate with not only hard skills but also a nimbleness and ability to adapt to swiftly changing technology that often determines career choices.

With just over 3,300 students, FLC is refreshingly small. All classes are taught by doctorate-holding faculty—not teaching assistants—ensuring that students receive the one-on-one attention needed to flourish in their own learning styles. Most classes average around 20 students, cultivating spirited discussions and teamwork, steered by faculty who are on a first-name basis with each student. 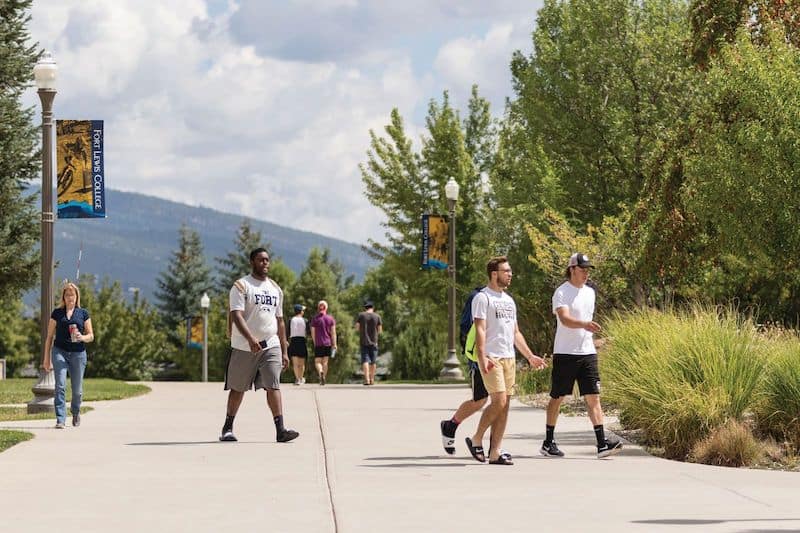 When students aren’t eyeballs deep in study, they’re probably out exploring the many natural, cultural, and culinary treasures of the region. Adventures ebb and flow with the seasons, with gear fluctuating between backpacking, kayaking, canyoneering, standup paddleboarding, climbing, trail running, cycling, skiing, and back again. Thanks to the on-campus Outdoor Pursuits program, all students can borrow gear and dabble in any of these hobbies or dive headlong into group outings.

After more than a century of adaptation and growth, FLC is currently defined by its connection to the region’s spectacular landscape and culture. Take a break from your Durango adventures to drive to the rim and get a glimpse of one of Colorado’s most iconic college campuses. Grazing deer guaranteed.