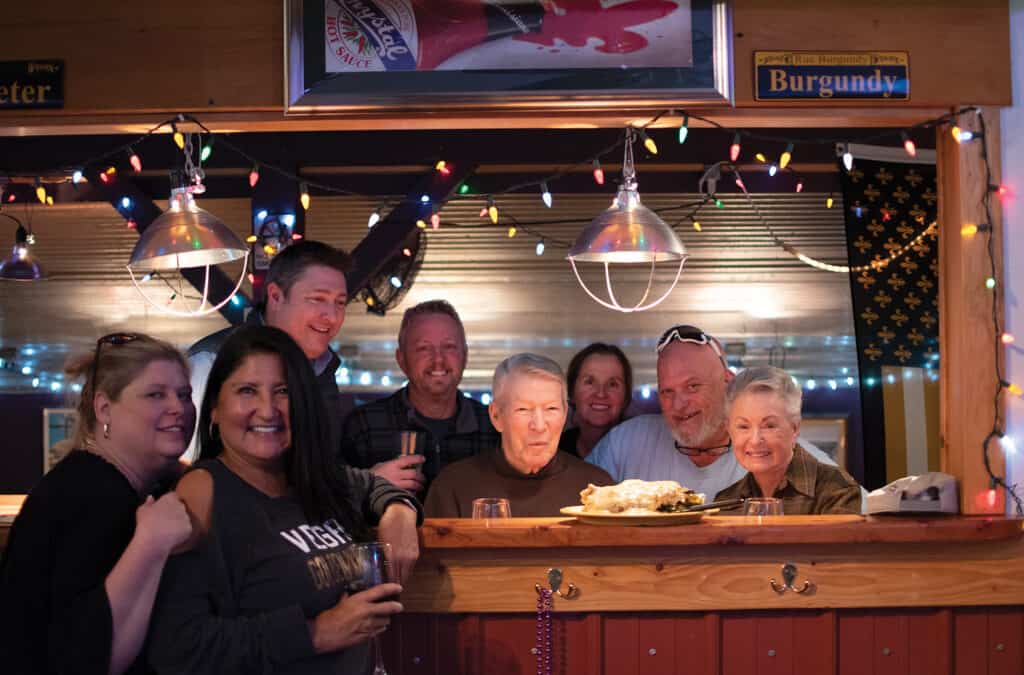 You have to be paying attention or you’ll miss Highway 3 Roadhouse & Oyster Bar when you’re driving by. Tucked away off the main road behind Highway 3 Plaza and United Rentals, the restaurant feels like a hidden secret waiting to be discovered. In operation for 11 years, the Roadhouse has developed a loyal following of locals plus adventurous tourists who want something different from Main Street’s usual offerings. 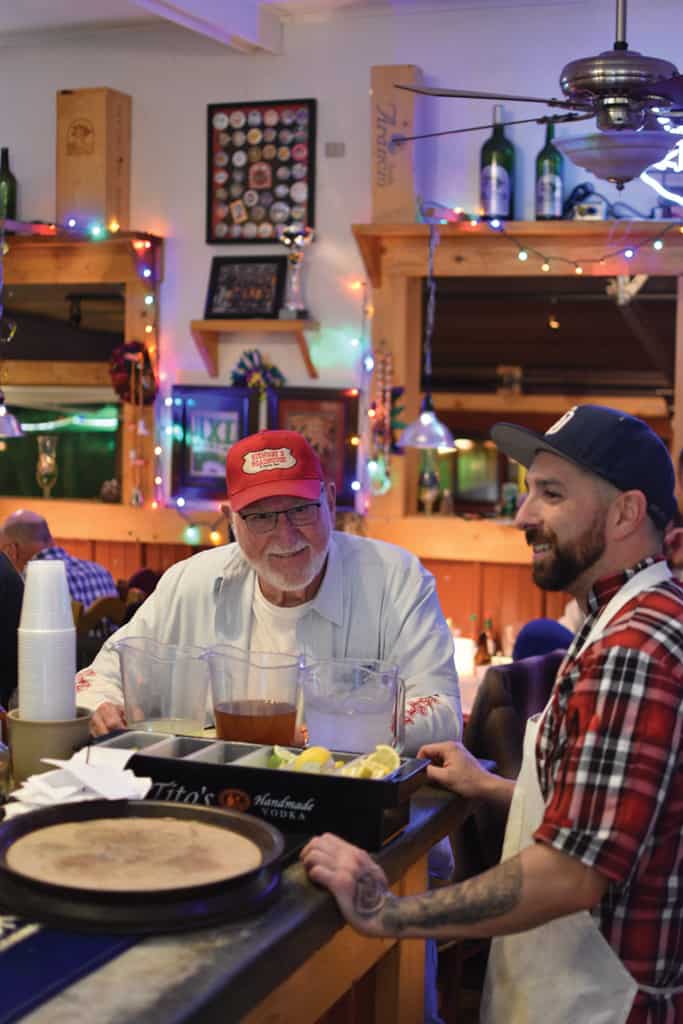 We were welcomed by the owner, Chuck Norton, who was sitting at the host stand directing traffic from the kitchen and bar behind him. Wearing his signature red cap and sporting a trim gray beard, he had a fatherly countenance and I suspected he had some stories to tell. The place was hopping for a Wednesday evening and after a short wait we were seated at a cozy corner table where I could observe the controlled chaos. There are three separate dining areas plus seats at the small bar, with an ambiance that is warm, comfortable, and not too noisy.

After running a series of restaurants in Aspen, Telluride, and Ouray, Norton, who is a Louisiana native, settled in Durango in 1989. Originally from New Orleans, he brought his unique flavors with him: Cajun, Italian, Mexican, Southwestern, and Southern cuisines. In 2010, Norton moved his catering kitchen into an old building on Highway 3. Realizing that he had some extra space, he set up a bar and small seating area and on Fat Tuesday of 2011, Norton opened his doors to the new Highway 3 Restaurant and Oyster Bar.

Since then, the building has grown to increase seating capacity, and in 2015, Norton changed its name to Highway 3 Roadhouse & Oyster Bar. During the summer, a wonderful outdoor seating area is available, and the newest addition is the “Garage Room”, which includes an overhead door opening to a plant-filled patio. Norton closed his catering company two years ago after tiring of the travel and prep involved, but he will still cater special events on the premises.

Norton’s is one of only a handful of restaurants in Durango where one can enjoy oysters on the half shell, and nowhere else in town serves Abita beer from Louisiana. We ordered both, plus a delicious margarita and an overstuffed bloody Mary. I was really beginning to enjoy the rootsy, southern vibe of the place as we devoured a bowl of peel-and-eat shrimp for an appetizer. 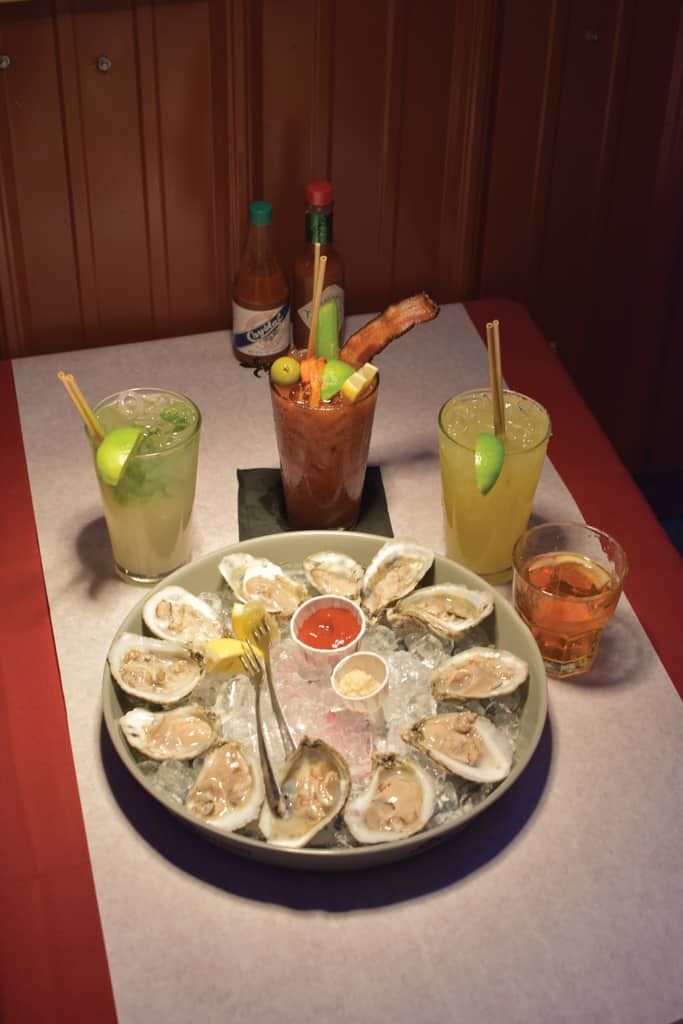 Suzanne, who’s been working as a waitperson at the Roadhouse for 10 years suggested that we try the Chicken Fried Chicken with mashed potatoes, cream gravy, greens, and a biscuit. Although we were full, we had to try Norton’s Bread Pudding with whiskey sauce, a classic Key Lime Pie, and the very delicious Deep-Dish Chocolate Bourbon Pecan Pie á la Mode.

We liked the place so much, we came back a week later to make sure our impressions were accurate. Not too hungry this time, we selected a lighter meal of Artichoke Green Chili Dip with Corn Chips and the Mahi Mahi Blackened Tacos with Mango Salsa; both were delicious, and the atmosphere was the same: welcoming and cozy.

A doting host, Norton likes to visit with his customers and when he stopped at our table, I was able to hear more of his history. When asked how he became a chef, he told me that every man in New Orleans knows how to cook and when he was a teenager, his father bought a swim club and asked him to run the snack bar. He eventually moved to Denver and worked at a golf club restaurant before moving to the Western Slope.

Chef Norton loves working with his tight, well-orchestrated staff and told me the roadhouse crew felt like family. He even took them all to New Orleans for his 77th birthday in November. He has no plans of slowing down because he’s having too much fun entertaining guests. Like a pearl in an oyster, this secret spot nestled off the highway against a mountainside has become my new favorite spot. 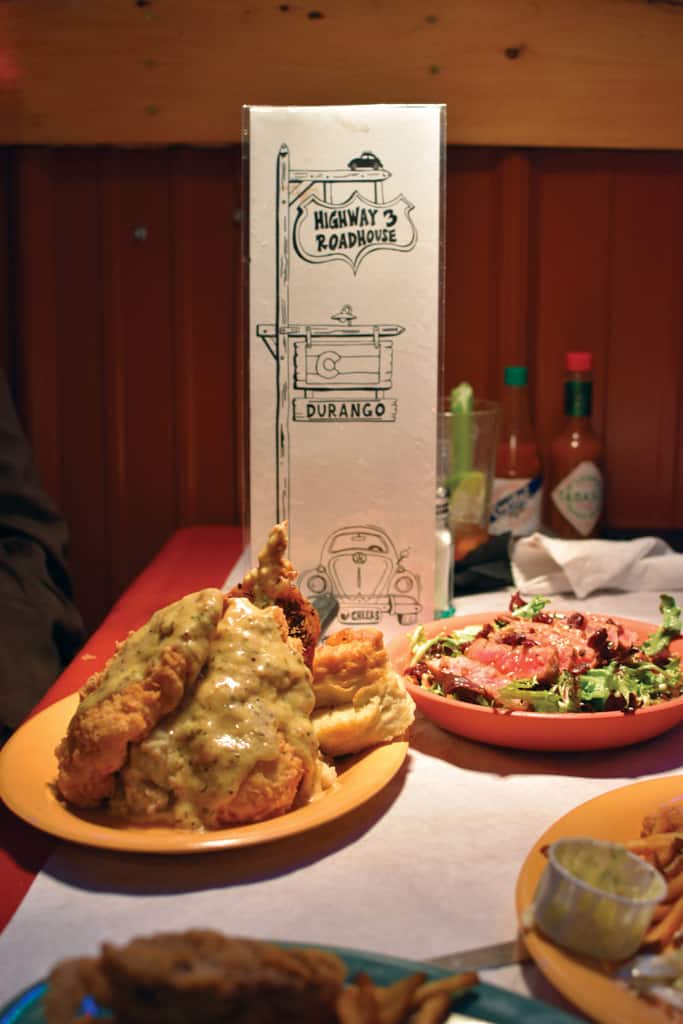 The restaurant is open Wednesday – Friday from 4 to 8 p.m. with menu specials each night.
Located at 955 Colorado Highway 3 in Durango. Please see the full menu on their website: highway3roadhouse.com