For the love of lasagna – Mamma Silvia’s 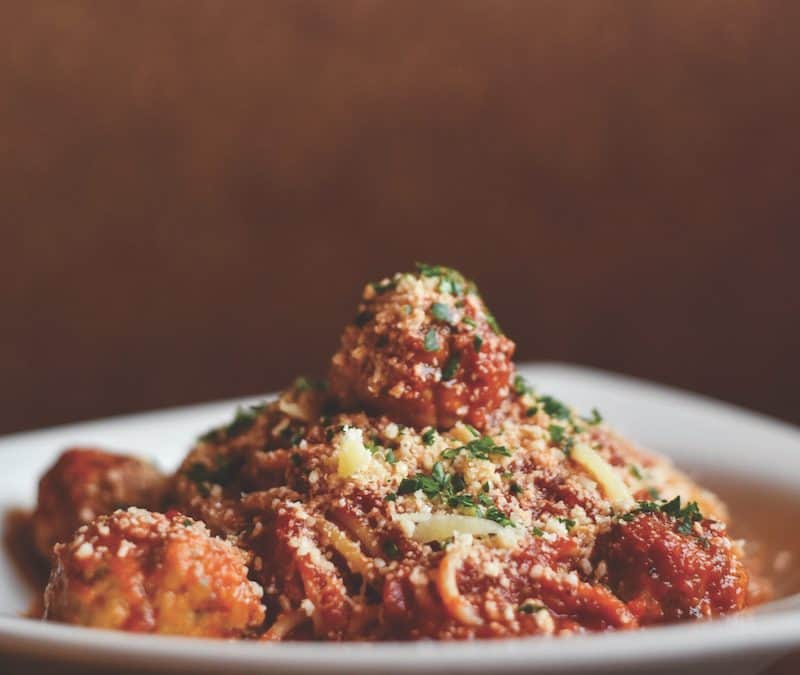 For the Love of Lasagna

Whether whipping sour cream into the guacamole or sprinkling parmesan atop her delectable lasagna, Silvia Verduzco harmonized her Hispanic and Italian heritages in everything she cooked. This multicultural magic inspired her only son, Sergio, to use those flavors as the foundation of his culinary career, and eventually, of his Durango-based Italian restaurant, Mamma Silvia’s. 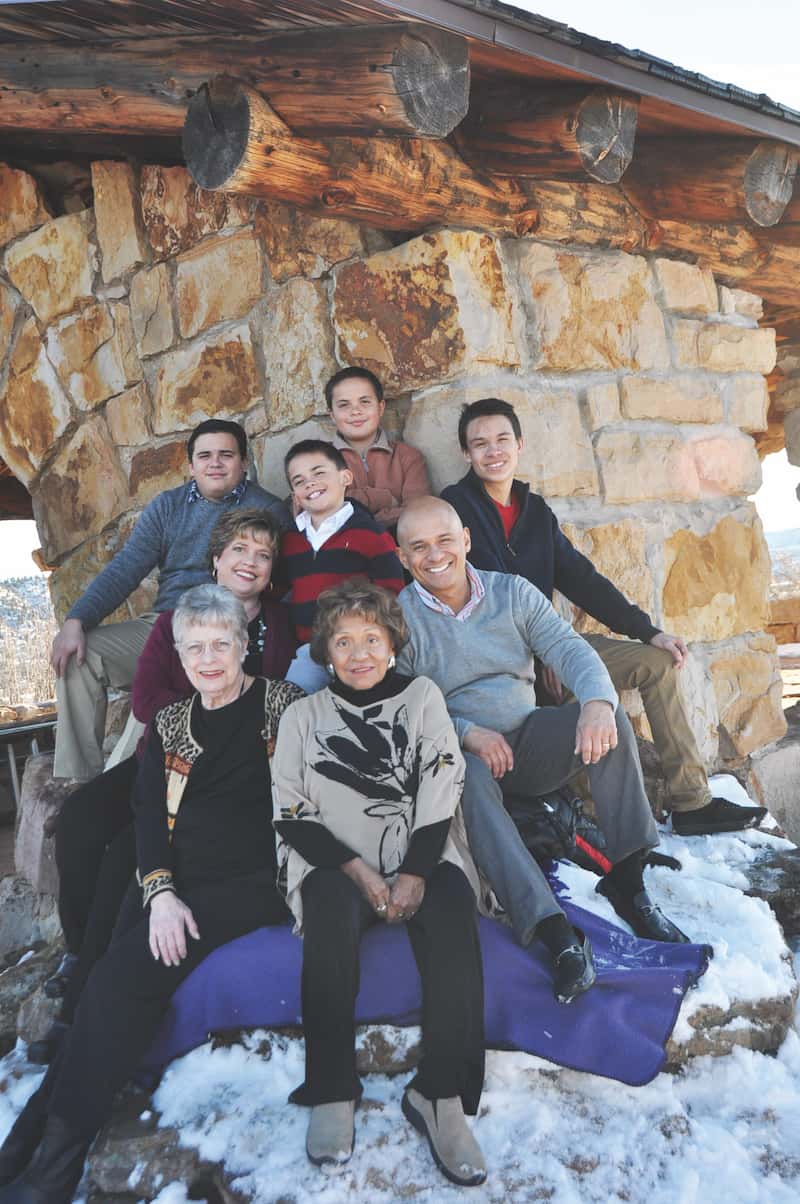 In 1971, Mamma Silvia, a single mother, moved with 10-year-old Sergio from their home in Mexico City to Las Vegas, Nevada. She worked as a switchboard operator in hotels during a time when the mob still ran everything. Sergio recalls rubbing elbows with “the old guard” of Vegas, meeting the likes of tommy-gun-toting gangsters and Sammy Davis Jr.

As a teenager in the City of Second Chances, Sergio fell in with the wrong crowd, walking a path that didn’t please his mother. He worked in restaurants along the Las Vegas Strip, including the Dunes Hotel where the Bellagio now stands. The Dunes executive chef, a surly German named Peter who was friends with Silvia, saw talent in Sergio, who worked his way from bus boy to prep cook. Peter suggested that Sergio attend culinary school.

After graduating from high school in 1979, 17-year-old Sergio arrived at New York’s Culinary Institute of America at Hyde Park. He spent the next two years studying under the world’s greatest culinary teachers, learning the art of pastry-making, ice carving, and more. He worked on campus at the variety of student-run restaurants before graduating with an associate’s degree in culinary arts.

He moved back west, earning his bachelor’s degree in hospitality management from the University of Las Vegas, where he met his culinary counterpart and future wife, Hydi. The couple spent the next 20 years working at resort restaurants from Pacific beaches to the Rocky Mountains, Sergio developing his style and reputation as a classically trained chef in European culinary.

In 1998, an opportunity opened at The Peaks Resort & Spa in Telluride, where the Verduzco family lived for 10 years. During that time, Sergio realized there was no sushi restaurant in the mountains, so he attended sushi school in Venice Beach, California, before opening Euphoria Sushi in Telluride. Diners would drive from Durango to partake in the intricate morsels, sparking the idea that Durango also needed a sushi restaurant. The Verduzco’s third son had a congenital disease that made breathing at altitude difficult, so the decision to move to a lower elevation was easy, and the family settled in Durango.
Committed to his sushi concept, Sergio purchased the restaurant space at the corner of College Drive and Second Avenue and opened East by Southwest. In 2008, he purchased the adjacent 50-seat restaurant space, formerly Ariano’s Northern Italian Restaurant, launching an odyssey to find the perfect food to fit regional demand while not competing with East by Southwest. 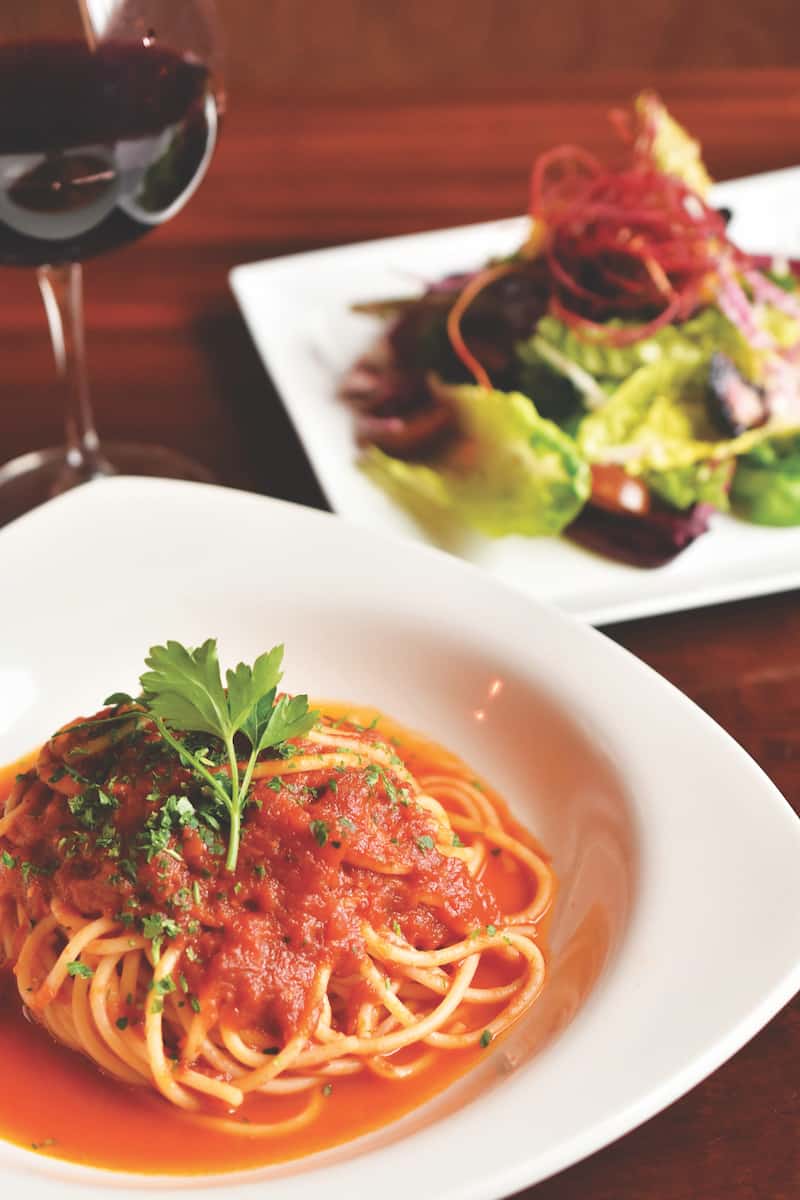 For the next decade, Sergio explored trending concepts, like Thai and vegan, before realizing that what Durango really needed was traditional, old-school, comfort-style Italian cuisine. The concept would not only be a nod to Ariano’s but also serve as a full-circle move for Sergio, a homecoming to the food that had shaped his life. He decided he would call the restaurant Sergio’s.

In March 2019, Mamma Silvia was in her last days, suffering from dementia. Her appetite was gone, but the light of a life well-lived still sparkled in her 83-year-old eyes. Sergio would sit beside her bed, and the two would reminisce about Mamma’s favorite recipes, something Sergio planned to add to his new Italian menu. During one of these special moments, Sergio had the epiphany that the restaurant wouldn’t be Sergio’s. It had to be named Mamma Silvia’s.

Two months after Mamma Silvia passed away, her spirit found new life in Mamma Silvia’s, the restaurant. Her vivacity is felt through her personal paintings hanging on the walls and in the photo of her and Sergio that serves as the logo. Sergio plans to host a special event each July 26, Mamma Silvia’s birthday.

From made-from-scratch sauces simmering on the stove to Mamma’s lasagna, stacked with hand-crafted noodles, Mamma Silvia’s influence can be tasted in every bite. Sergio also features dishes from other mentors throughout his life, like Chef Piero Broglia’s Tiramisu, or Paglia e Fieno, a masterpiece of pancetta, porcini mushrooms, and peas. 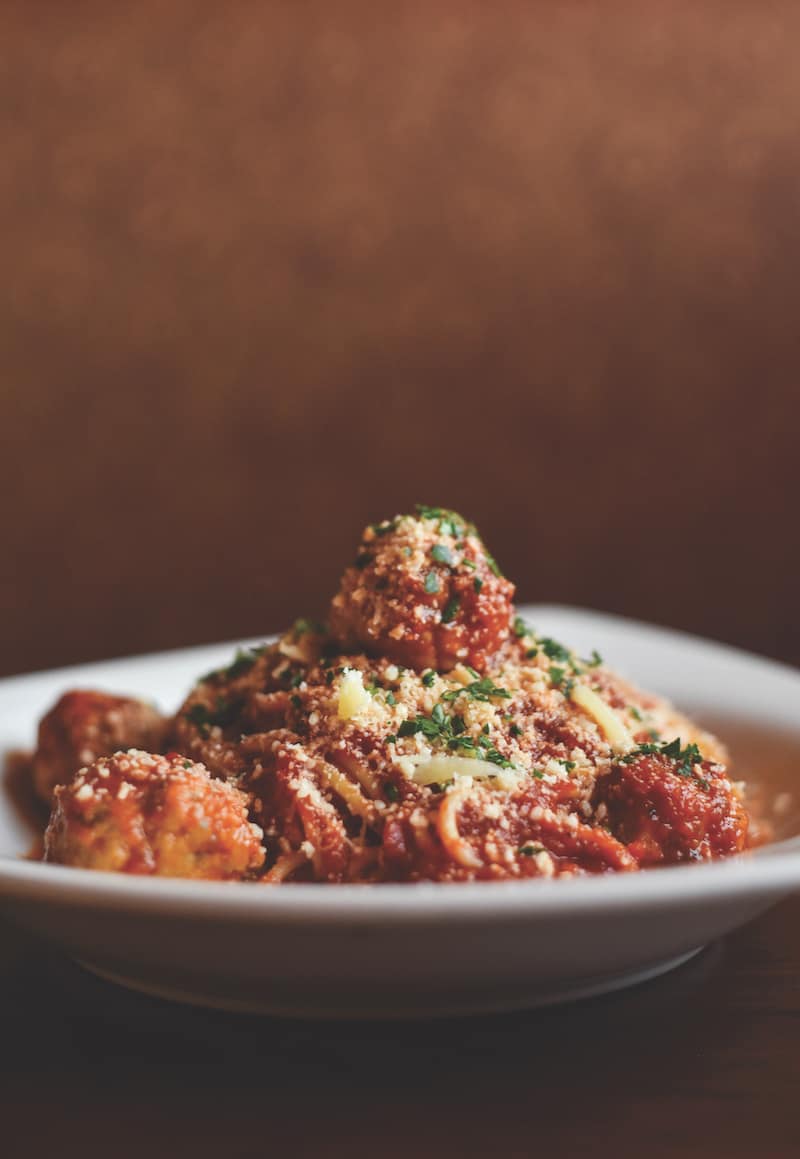 With Frank Sinatra or Pink Floyd playing in the background, Sergio conjures up the flavors of his childhood to share with a hungry clientele. His four sons help in the restaurant, while Hydi manages the front-of-house and behind-the-scenes operations. When the family gathers around their own dinner table, Sergio raises his glass for the family toast: “Cent’Anni,” he says. “To 100 years of health, happiness, and prosperity.”