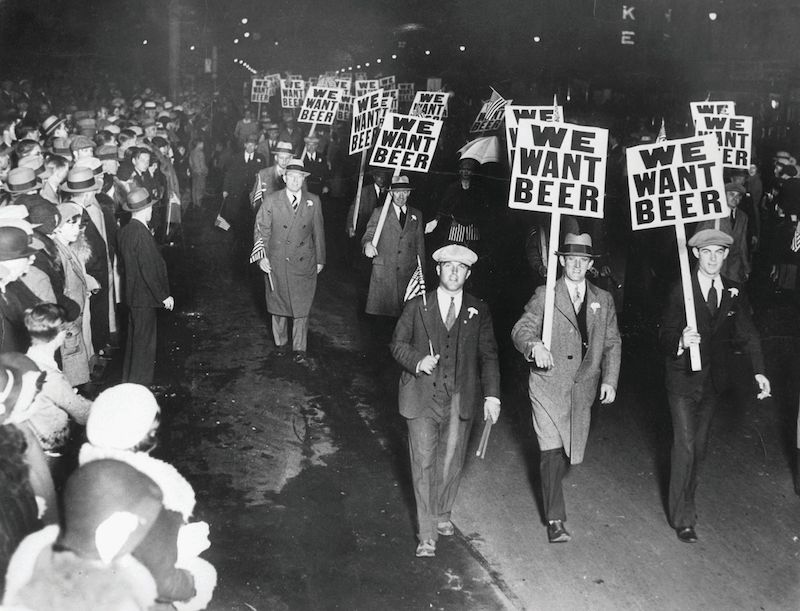 Many consider 1920 to be a pivotal year in American history due to the implementation of the 18th Amendment to the U.S. Constitution, which banned the manufacture, distribution, and sale of intoxicating liquors. But many people may not be aware that Colorado’s own prohibition had begun four years earlier. Regardless of who was for or against it at the time, this grand social experiment failed to achieve its goals of mandating moral behavior. It made honest citizens into law breakers: Bootleggers and organized crime flourished at the expense of honest saloonkeepers.

In August of 1874, the first saloon opened in La Plata County. A wagon train from Santa Fe arrived in the new town of Parrott City, two miles northwest of Durango, bringing barrels of whiskey. As more saloons opened up, these locations soon became the social center for miners, railroaders, and smelter workers. Besides alcohol, many saloons offered music, reading materials, mail drops, secure safes, and even barbers. They were more than the raucous bawdy houses of Wild West mythology. Saloons were an indispensable hub of activity for workers and travelers alike, as well as a great place for newly arrived settlers to flex their entrepreneurial muscle. 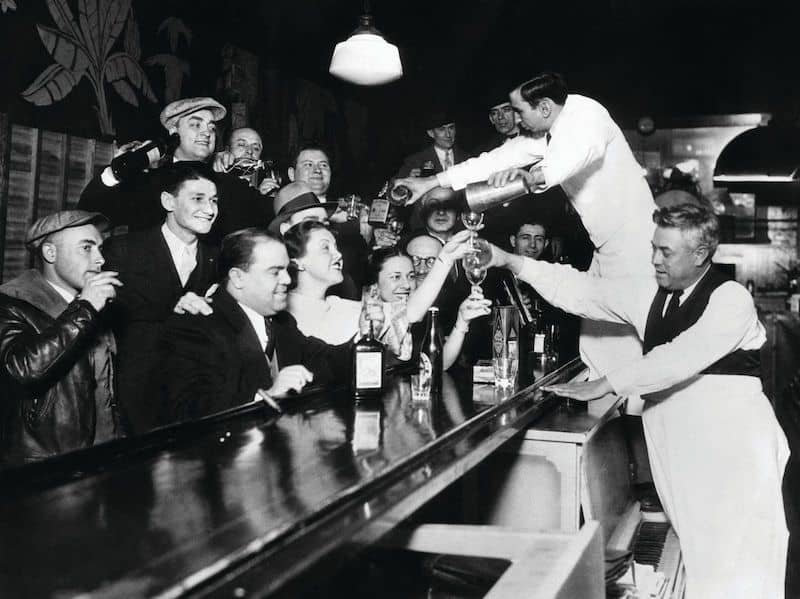 John Olbert, a German immigrant who arrived in Colorado in the 1880s, was one such entrepreneur. By 1891 he opened the La Plata Bottling Works at 637 Main Avenue in downtown Durango. In 1900, Adolph Coors also decided to come to Durango. Merging with the La Plata Bottling Works, Coors constructed new buildings at that location. Olbert remained the proprietor of the Bottling Works and began receiving shipments of Coors’ Golden beer (named for the Colorado town it was brewed in) via train car. He also continued to bottle and sell local brews.

John Kellenberger came to Durango in 1892 and opened Whole Sale Liquor and Cigars at 951 Main Avenue. He would call out “whoop-e-tee-whoop” to greet people, and the phrase eventually became his nickname. Tokens good for 25 cents in trade at his store were also engraved with this nickname. In 1915, he bought the Durango Bottling Works at 643 Main Avenue, which produced both alcoholic and non-alcoholic beverages. This would become the first Coca-Cola franchise in Durango. 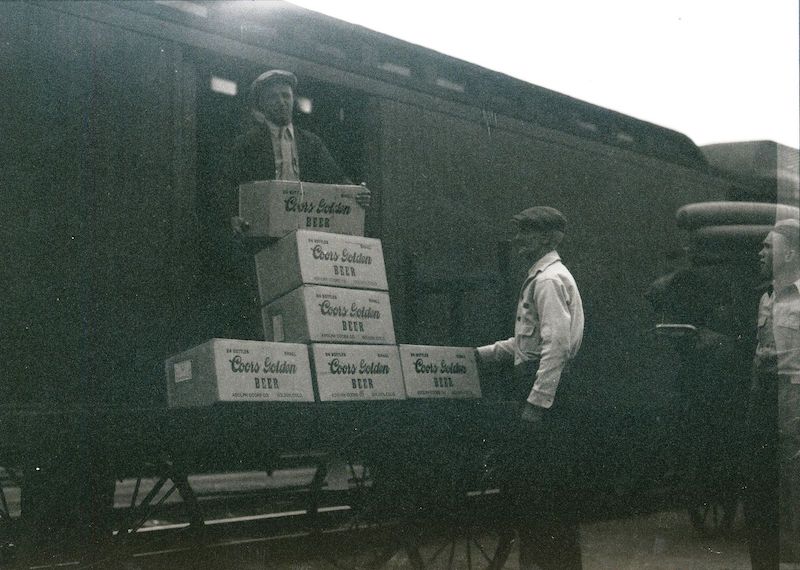 At the turn of the century, annual revenue from liquor licenses was bringing in up to $400 in Durango, the equivalent of about $12,000 today; not bad for a town with a population of only 3,000! Despite the popularity of Durango’s many saloons and breweries, the Temperance Movement would emerge victorious. On January 1, 1916, Colorado became a dry state.

During the 17 years of Prohibition in Colorado, many saloons and breweries were forced to close or produce non-alcoholic beverages. After selling his share in La Plata Bottling Works in the early 1900s, John Olbert opened the Bismarck Saloon in the 900 block of Main Avenue. Olbert was not at this location long, however, before Colorado enacted Prohibition. Olbert decided to close his saloon and purchase a farm in Oxford. He then became a La Plata County commissioner from 1917 to 1921. At the end of his service, Olbert retired to his farm, where he lived until his death in 1931.

Coors continued doing business by selling other items, such as malted milk. Adolph Coors also found more creative ways to sustain his business interests. In 1913, he bought the Herold China and Pottery Company. By 1920, he renamed it the Coors Porcelain Company. This company used clay from the Golden, Colorado, area to create cookware and china sets for household use. They also made items like sparkplugs. Today, this company still exists as CoorsTek, which makes technical ceramics at more than 40 facilities around the world. 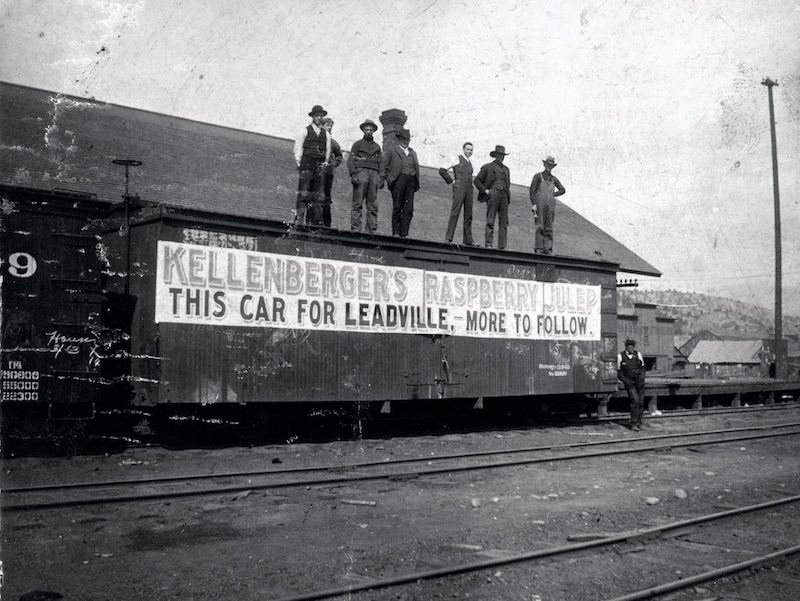 Other brewers, however, simply could not resist the call to bootlegging. In 1916, Kellenberger was caught attempting to smuggle whiskey from Chama, New Mexico, which was not yet dry, up to Telluride. After avoiding formal charges, partly due to the successful defense in court by his lawyer, Kellenberger went back to focusing on his growing Bottling Works and Coca-Cola franchise. This business has now been in operation for more than 100 years.

By the 1930s, it was clear that Prohibition was a wildly unpopular failure, and calls arose from all sides for the repeal of the 18th Amendment. The Cullen-Harrison Act was signed into law on March 23, 1933, and went into effect April 7, 1933. This allowed states to individually legalize beer with 3.2 percent alcohol content during the time it would take to ratify the 21st Amendment to the Constitution. Congress quickly changed the law, and former breweries, such as Coors, quickly began producing 3.2 beer. Coloradans celebrated Prohibition’s end by consuming half a million bottles of Colorado-produced beer in one day – April  7, 1933! 3.2 percent beer continued to be sold in grocery stores until a change in the law was passed by Colorado voters in 2018. The change went into effect January 1, 2019, allowing retail stores to sell full-strength beer, effectively bringing an end to the last remnants of Prohibition in our state.