“How much of your dollar stays in the local economy?”

That’s the question Russ Gartner, owner and founder of Studs Lumber, asks himself every day, and he wants you to ask yourself the same thing. He’s thought about it for years, and he knows for sure how much of your dollar gets circulated throughout the community when you spend it at Studs.

Eighty cents goes to the cost of goods, ten cents goes to the labor at Studs, eight cents goes to overhead expenses—like property tax, utilities, fuel, maintenance, marketing, and legal. The two cents left over goes to the business itself as profit. So you might be asking: How does that help the people living our area?

Well, there’s an army of people living off that eighty cents. Studs buys lumber from mills throughout the region – all over southwest Colorado and the Four Corners; and from that, an economy is created. The mills Studs buys from employ workers. Those mills have a need for trees, and that demand creates jobs for the people who harvest trees from our area’s forests. Someone gets paid to drive the truck that brings those trees to the mill. Someone else gets paid to bring the lumber created at those mills to Studs.

You might think it stops there, but Gartner takes things a step further as he explains how a mill in Montrose that Studs buys from brought its entire workforce to downtown Durango for the company’s Christmas party last year. The company paid for rooms at a locally owned hotel for all of its employees and their spouses. All of those people went to a locally owned restaurant and dined on the company’s dime. The next morning they shopped at stores in downtown Durango. The ripple effect is huge, but Gartner boils it down simply: “The people who own and work in those businesses are from this region, and when they have money in their pockets, they get to spend it at other local and regional businesses.” 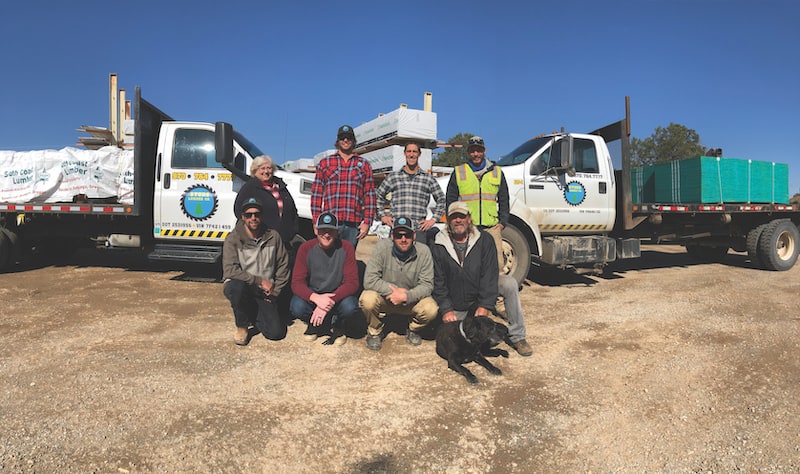 Gartner and his right-hand man, Adam Hirshberg, spend their days talking about these types of things. It’s why Studs Lumber has pledged support to as many local mills as they can find, and pledged their support to two others to make them feel comfortable going into business.

In fact, despite having just a single-digit percentage of the region’s annual local lumber business, Studs has exceeded $30 million in regional spending since its inception. You might be wondering what would happen if they had all of the region’s lumber business, and they have an answer for that, too. “An extra $47 million would circulate around the region every year.” Gartner pauses before exclaiming: “That’s nine dump truck loads of money circulating in our local economy!”

Hearing all of this, it’s hard not to wonder what would happen if there were fewer dollars were spent on businesses that don’t give back to Colorado. Gartner and Hirshberg point out that by buying the lumber they sell from regional mills, much less money is spent transporting it to Durango. Trends in the lumber industry have moved toward bringing more and more goods in from faraway places like Canada. The cost of transport ends up making that lumber more expensive for the contractor who buys it. It also means they end up charging more to the client who hired them to build their house. Buying from suppliers in our area is a win-win, and that’s before considering all the polluting emissions saved by not driving every truckload of lumber thousands of miles from the Canadian border to Durango. 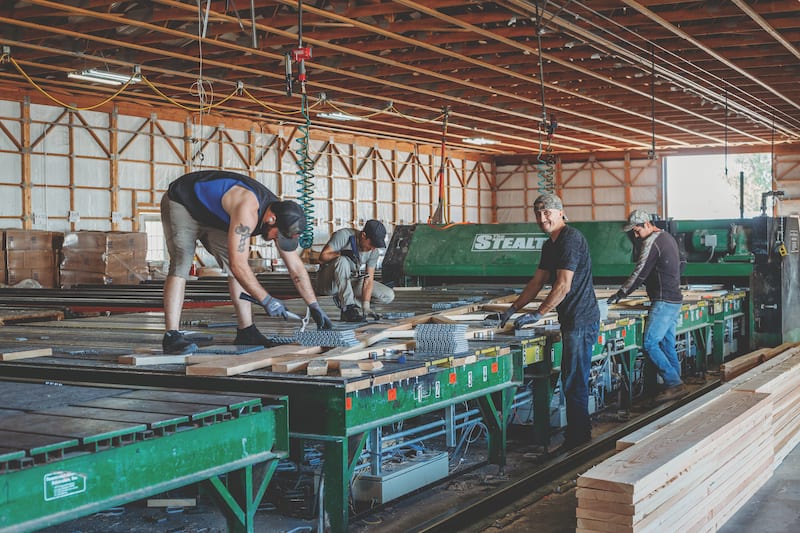 Gartner came to the lumber business in an odd way: by watching it burn. “I was working on the wildfire line and kept seeing these beautiful trees burning up and being wasted and our forests destroyed year after year,” he says. “I recognized that the only way to change the system was to flood it with capitalistic dollars, so those dollars could change the forest products scene in our region, enough that we could buy them instead of letting them burn.”

It was this passion that led to Studs Lumber having what might be the most grassroots origin story ever. The business was literally started in a grassy field off County Road 126, near Red Mesa. “I saw our community’s money flowing overseas and across state lines, and I knew it could be done better and we could utilize our natural resources better,” explains Gartner. 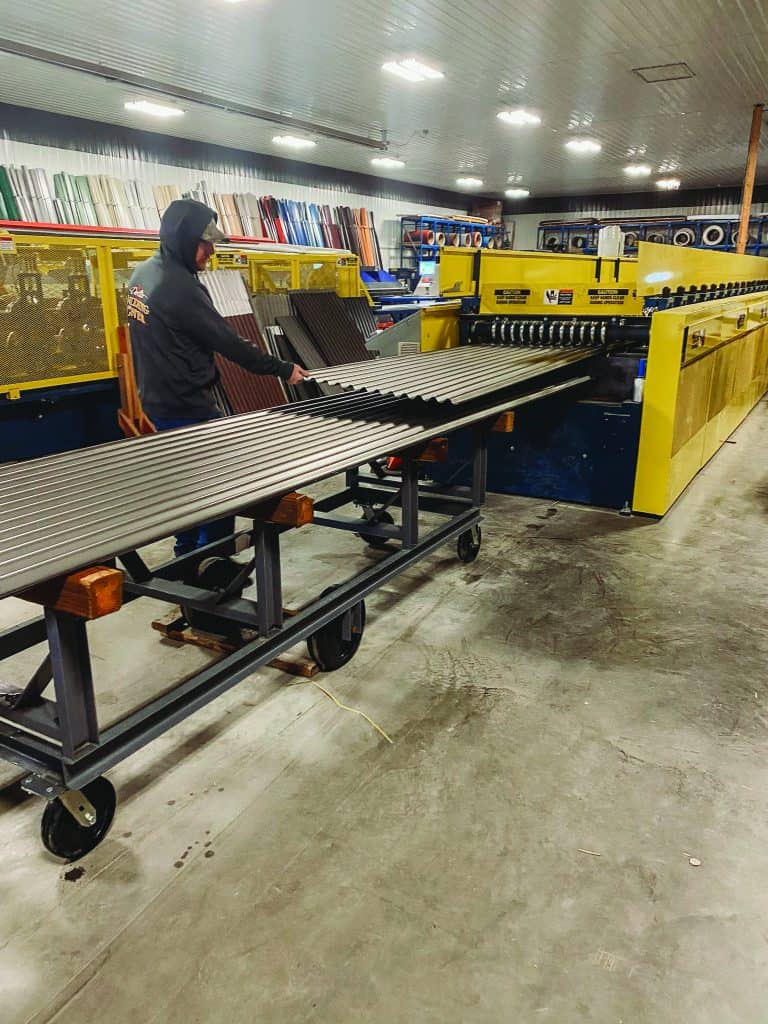 In the end, his pitch is simple. “You get the same product or better from Studs Lumber as you would from anyone else, and you get it at the same price. Except here, we know your name, and we’re going to take some of your money and invest it back into the community you live in.”

So… how much of your dollar do you want to stay in your local economy?